I don’t like eating the crusts of the bread when I eat a sandwich. I prefer just the meaty parts. Who wants dry, flavorless crusts anyway? I also feel the same way when it comes to moves. I want to see hot babes in bikinis without the rest of the drama and bad acting. So I enjoy MrSkin.com where I can get right to the meaty parts and leave all of the saucy crap on the cutting room floor. In 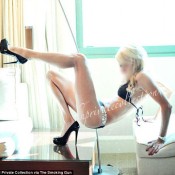 Suzy Favor Hamilton, a three-time Olympian and star in several advertising campaigns, including a controversial Nike ad that debuted during the 2000 Summer Games, has recently come out about having lived a double life has an elite call girl for the Haley Heston Private Collection escort agency. She stated that depression over having not won a medal that could be dedicated to the memory of her deceased brother as a major driving force behind picking up a compulsion to do something “different”